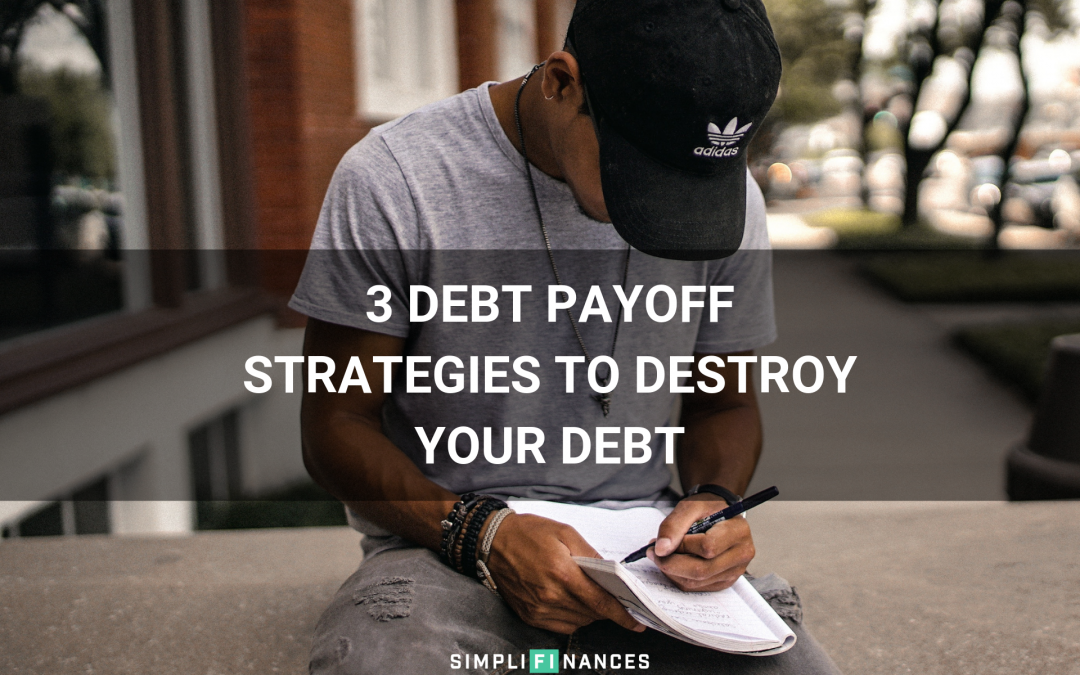 You’ve probably heard debt is bad but can be good for certain purposes. This can be true, but what if debt starts to completely ruin your life and you can’t get rid of it? Aside from just paying it off, you can implement one of these debt payoff strategies to help you pay it off, fast.

I’m going to share with you three debt payoff strategies to get rid of your debt if you’re struggling with monthly payments that just don’t seem to go away.

They’re called “the Snowball Method,” “the Avalanche Method,” and what I like to call “the Hybrid Method.”

But first, how far gone are most Americans when it comes to consumer debt?

According to Credit Cards.com, the credit card debt per card-carrying adult is $5,839.

Total consumer debt is on track to reach $4 trillion by the end of 2019, according to an analysis of Federal Reserve data.

Americans have been amassing more and more debt since 2013 and disposable income has increased as well. Though income is increasing, American consumers are borrowing more often.

It’s safe to say that most consumers are focused on how to acquire debt, not how to pay it off. So I applaud you for reading this far because it means your serious about paying off your debt.

The debt snowball method is where you pay off debt from smallest to largest until you knock out each balance. When the smallest debt is paid off, you roll the money you were paying on that debt into the next smallest balance.

1: List your debts from smallest to largest regardless of the interest rate.

2: Make minimum payments on all your debts except the smallest.

3: Pay as much as possible on your smallest debt.

4: Repeat until each debt is paid in full.

1: List your debts from the highest interest to smallest regardless of amount.

2: Make minimum payments on all your debts except the highest interest.

3: Pay as much as possible on your highest interest debt.

4: Repeat until each debt is paid in full.

The hybrid method is a combination of both. Debt averse people that want to get rid of debt as fast as possible may be more likely to go with the debt snowball method because of the emotional connection with debt and it’s what Dave Ramsey says “you should do.”

People who are focused on making the most mathematically optimal choice are more likely to use the debt avalanche method. This doesn’t mean that either one is right or wrong. They both can be very powerful.

Stick to whichever one is going to help you pay off your debt the fastest. You may not like sending extra payments to a balance that is low and also has a low-interest rate, and that’s ok! You don’t have to stick to the same method forever.

Debt is emotional. Some purchases we regret and wish we had never made but we’re stuck with the payments. For those, use the snowball method so you can start feeling little wins.

Second, for the debt that you’re not so emotionally connected to, pay it off logically by saving yourself money on interest and pay the highest interest first.

Over the years helping people pay off debt, I always get people who think there is only one way to do it. You can use a combination of methods. Then one day you’ll be able to say, “I’m debt-free!”

Get Started With One of These Debt Payoff Strategies

Imagine if you didn’t have to make monthly payments? Everything you earned gets to stay in your pocket. What would you do? Where would you go? I want to help you get there and get a taste of what it’s like to be debt-free!

By using one of these debt payoff strategies, you can get there!

P.S. if you’d like help setting up a debt payoff plan, schedule a free 15-minute call with me to see if financial coaching is a good fit!