About Scott Henderson Creator of Simplifinances

How I went from a kid who grew up with nothing to an Accredited Financial Counselor helping thousands improve their financial lives.

Before building Simplifinances and before I knew anything about personal finance, I was a poor kid who grew up in a broken home. I dreamed of one day being wealthy, and as I got older, I thought making more money would make me happy. If I had money, all of my problems would go away.

That didn’t happen. I realized I was chasing the wrong goal. It wasn’t the amount of money in my bank account; it was how I was choosing to live my life. From a young age, I learned I didn’t have to make a ton of money to be happy. I wanted to reach financial independence by simplifying my life and applying a simple money management technique I learned when I was 16.

This budgeting technique changed my life and has become the foundation of everything I do. It has allowed me to create memorable experiences in my life and with my family. 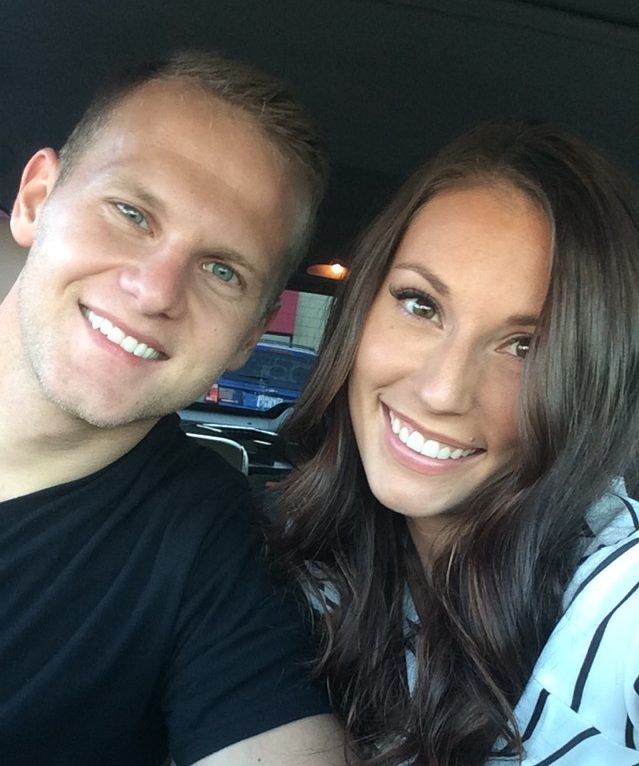 My master's degree is in personal financial planning.

I teach a proven Money Management system tO payoff debt, save Money and enjoy life along the way.

My Goal is to Reach Financial Independence at 40.

When I was eight, my father walked out of my life.

Not only was he gone, but he left us in a terrible financial situation. Before the divorce, you would’ve thought from the outside looking in we were doing extremely well financially.

My dad drove a new truck every year, he owned an airplane and a houseboat in Lake Powell and had all the latest toys and gadgets. Our house was huge, and it was as though we weren’t just keeping up with the Joneses, we were way ahead of them. But it was a superficial lifestyle built upon no foundation, only debt.

After the divorce, my mom discovered close to half a million dollars in unpaid debts.

She couldn’t make the payments and had to file bankruptcy.

She was a single mother with four kids and nowhere to go. We stayed in our house for 18 months before the bank knocked on our door and kicked us out.

We were homeless, living on food stamps. We had nothing. As a ten-year-old kid, I went from having everything to only having what would fit in a shoebox.

We moved from place to place for years. My mom worked two jobs and tried to keep our expenses as low as possible. On occasional nights, she would take us to clean a laundromat where she would make $25, and we would look under the washer and dryers to find quarters.

She had a hard time putting food on the table. My brother and I loved to eat, and this caused a lot of stress. We completely stopped eating out, and going to McDonald’s became a luxury. 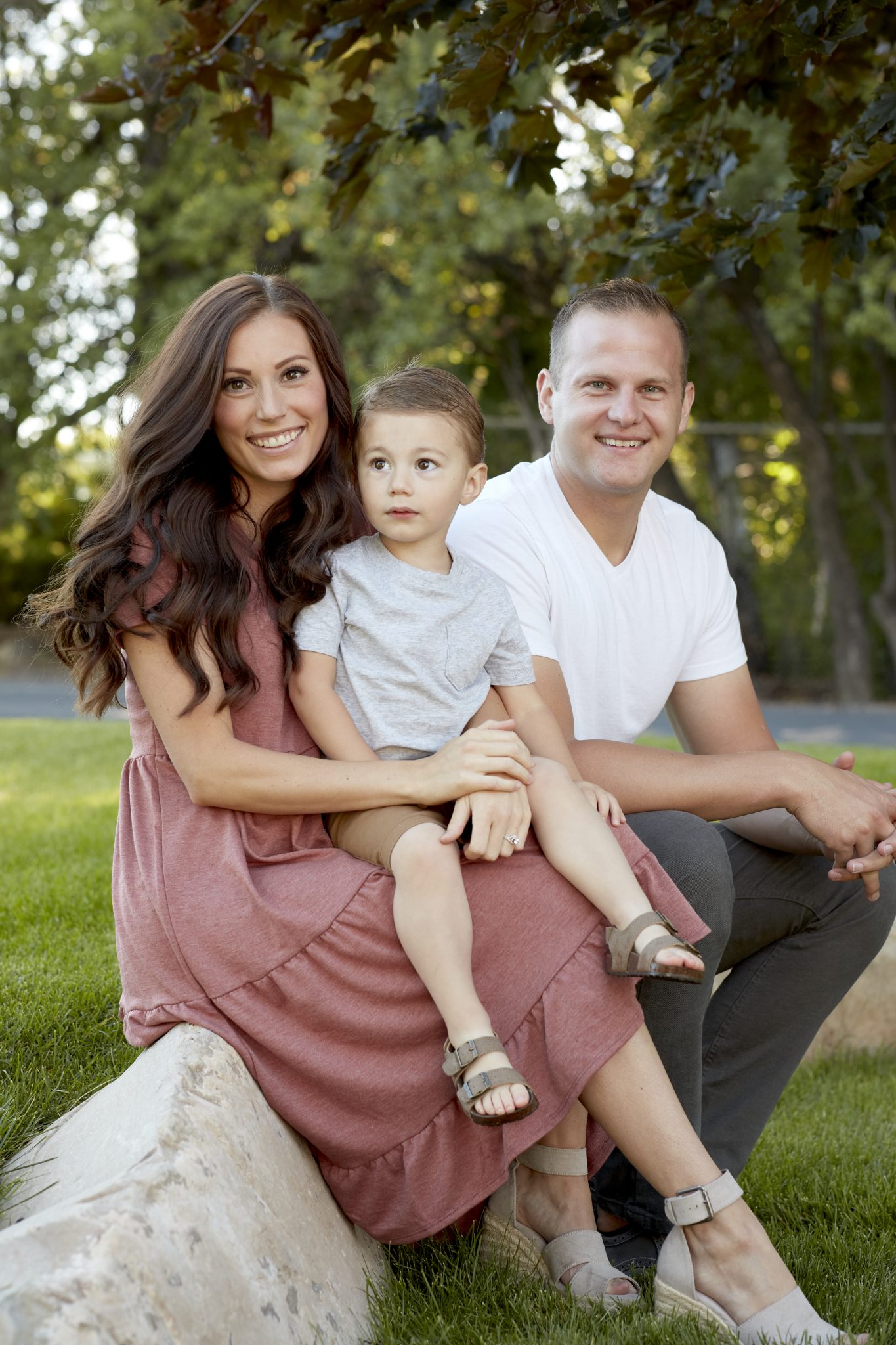 At times my mom wanted to give up, but she didn’t. She could’ve blamed others for what happened, but she took responsibility and was determined to get us out. She pulled us out of poverty, climbed the economic ladder, and became independent and self-reliant.

She learned about self-improvement and how to grow a business. She read and listened to audiobooks by Dave Ramsey, Robert Kiyosaki, and Tony Robbins.

I had no choice but to listen to them too. And I came to love it.

By the time I was 16, I’d read, “Rich Dad, Poor Dad,” “The Total Money Makeover” and “Secrets of the Millionaire Mind.” I learned I was in charge of my financial future and committed to doing things differently.

I asked my mom if I could get a BMX bike because my friends had them. She said, “those things cost money. You have to work for it.”

So at 12, I went and got my first job. I worked construction making $3 an hour (I’m sure I broke child labor laws), while my friends were hanging out riding their bikes in the summer.

I worked 40 hours a week in the hot sun packing boards and cleaning job sites. But having a $300 paycheck every two weeks made it worth it.

Because of what I learned, I always try to save at least 10% of my income. I’ve never had a car payment, and I avoid borrowing money if possible. But because I read personal finance books as a teenager doesn’t mean I haven’t made financial mistakes. I’ve made many financial mistakes!

Now that I’m older, I’ve learned from my mistakes. And I don’t want my son to go through what I did growing up.

A few weeks before my son was born, my father put a gun to his head and took his life. It was a string of events that led to the decision to pull the trigger. He was never good with money (so I’ve been told). When he died, he had no money even to cover funeral expenses. He had debt collectors following him, many unpaid bills, and lived a lonely life.

be What makes me different?

For a long time, I’ve found ways to get the most out of my finances, from getting the best deals to learning about investing. I became obsessed with personal finance apps and life hacks that improved my life. This passion and hunger to learn turned me into the person friends and family come to for financial advice.

I’ve always been interested in personal finance, but I wasn’t sure what I wanted to do out of high school. But I knew I didn’t want to become a financial salesman. Instead, I became a financial peer mentor in college and started helping other students with their money.

Six months later, I became an Accredited Financial Counselor, AFC® at 24 through the Association for Financial Counseling and Planning Educators (AFCPE). I taught and counseled students at the University of Utah and was the Financial Wellness Center’s assistant director. Through this, I helped hundreds of students be smarter with money.

Later, my wife and I decided to move to Texas to pursue a master’s degree in Personal Financial Planning at Texas Tech University. I attended college while working as a Registered Investment Advisor for a fee-only financial planning firm.

Because of that, I decided to start this blog. And in a few short years, incredible opportunities have come from it. I’ve been featured in major publications like Fox Business, The Balance, The Simple Dollar and the US News & World Report. With thousands of visitors to my site per month and hundreds taking my free course, I’ve helped many people be better with money.

Why You Should Care

,On this blog, I share my personal story and life optimization strategies. I’m not here to tell you what to do with your money, nor do I consider myself an expert. I’m a regular guy who’s interested in personal finance and living a simple life.

“Simplicity is the key to success.”

This blog has been and will continue to be a side hustle. After ten years of learning about personal finance, coaching individuals, and working with financial planning clients, I took a pretty drastic career shift.

Read: My Struggles Getting Into The Financial Services Industry

I mentioned earlier becoming obsessed with personal finance apps and fintech companies. In 2019, I decided to join a fintech company called Qube Money. With the skills I learned building an online business, I get the opportunity to help build a new company with an incredible team. We’re creating a new budgeting app that changes financial behavior and has the potential to be significant.

I’m an absolute believer anyone can achieve financial independence, and for me, fintech is the way to get there. My goal is to reach FI by age 40 and I wasn’t sure how I was going to get there because I always felt like I had a conflict of interest as a financial planner.

I’m married to my beautiful wife McKenzie, and we have one little boy with a girl on the way. My wife owns Cozy Cottontail, an e-commerce store selling custom blankets and baby accessories. Working from home allows her to do what she loves, and take care of our son.

Ready to Make a Change?

The step-by-step to getting started with the Jars Money Management System. By the end of this free 7-day course, you’ll have all the tools and resources you need to transform your finances!

Take the course
Read the blog