Why I Stopped Trying to Pursue Financial Freedom 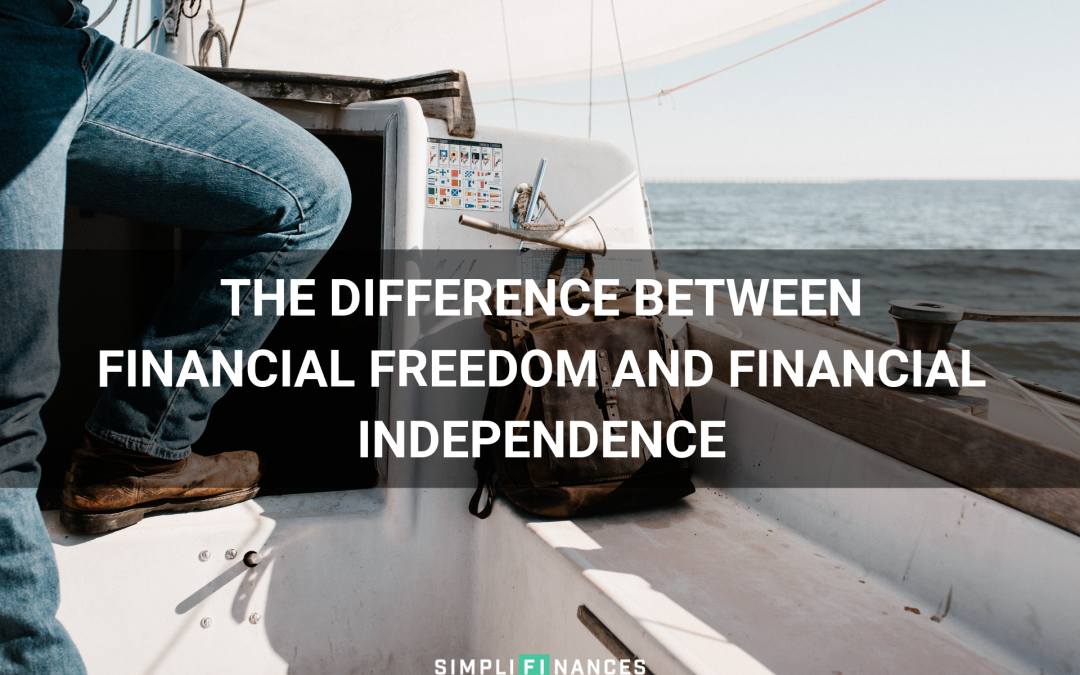 Growing up, we didn’t have much. One of my biggest desires was to one day be financially free.

I read books as a teenager that mentioned how to become a millionaire and live the life of your dreams.

I believed if I became financially free that all of my problems would go away. My relationships would be great and I would never have to be broke again.

The problem was I wasn’t rich. No matter how hard I work I felt like I had nothing to show for it.

I struggled with feelings of incompetence and self-doubt because financial freedom seemed like some big hairy audacious goal that I was never going to reach.

What Does Financial Freedom Even Mean?

Financial freedom didn’t mean anything to me. It was some arbitrary made-up idea that one day I could buy a yacht and cruise the world. I would have fancy cars and a jet and never have to work another day. I wanted to be filthy rich so everyone would know I made it.

But deep down, I was worried if I would ever be able to make it.

I eventually hit a wall and I didn’t believe it was possible to become financially free. It seemed too hard and I didn’t even know what it was that I was working towards.

Yes, I wanted to be free and never have to be worried about money again. But what does that even mean?

To me, it was like having a goal of being the fittest person in the world. If I want to obtain that status, will I get there without knowing exactly what that means?

No, that is the worst goal that anyone could ever set and they will never achieve it. Imagining up some idea without clear milestones is almost worse than not having a goal.

My goal was to be rich, but in all reality, I had no idea what I was working towards. I also wanted to help other people become financially free, but how could I if I didn’t know what that meant?

What I Learned About Financial Independence

But then one day I had an epiphany. I was detailing a car because that’s what I did as an undergrad. And while I was cleaning this car, I was listening to a podcast. It was a fairly new podcast and they were talking about this idea that was foreign to me.

I thought, I’ve been interested in personal finance for years. Why have I never learned this concept before? And that aha moment for me was when I learned what financial independence was.

Financial independence didn’t seem arbitrary to me. It seemed very attainable and actionable. Something that anyone could achieve if they worked at it for a set amount of time.

Financial independence wasn’t fluffy because it was by definition when you have 25x your living expenses. This concept had never been introduced to me. And if this is the first time you’re learning about this let me give you a quick overview.

I Finally Had Clarity

When your assets are 25 times what you spend in a year you have reached financial independence. By definition, you will never have to work again.

Why is that? Because you could withdraw around 4% each year to live on without ever depleting the principal balance. When I heard this, the light switch turned on. I thought, now I know what I’m working towards.

The other great thing about financial independence is the more simple you live and the less you spend, the easier it is to attain. All of the sudden, I wasn’t just focused on becoming rich and making a bunch of money, I also started to adopt minimalism, becoming more frugal than I already was, and learning to be grateful for the things that I already have.

But there was still one problem. After learning about financial independence, I realized it wasn’t easy. Hearing stories of extreme people doing some incredible things always made me feel like I wasn’t good enough and I needed to be more and do more.

It Can Be Hard But It’s Worth It

So I found myself also getting pretty extreme. It started to place some stress on our marriage. Before that, we never argued about money. We stuck with our money management system and it has always seemed to work great. But I started to feel I will never be able to get there, I will never be good enough.

And what I’ve realized again, is it’s not about hitting some number and then I will be happy. It’s about working towards a worthy goal and learning to enjoy the journey. So I went through a major transformation and mindset shift. I learned that if your goal is to be rich, you’ll probably never get there. But if your goal is to be financially independent, that’s attainable. But not only that it’s about what type of person you become along the way.

Based on my experience, financial freedom is harder to define because it can mean so many different things to different people. Financial independence is more concrete and universal and is something that anyone can achieve with the proper discipline and the right plan.