Here’s What Happened at FinCon 2019 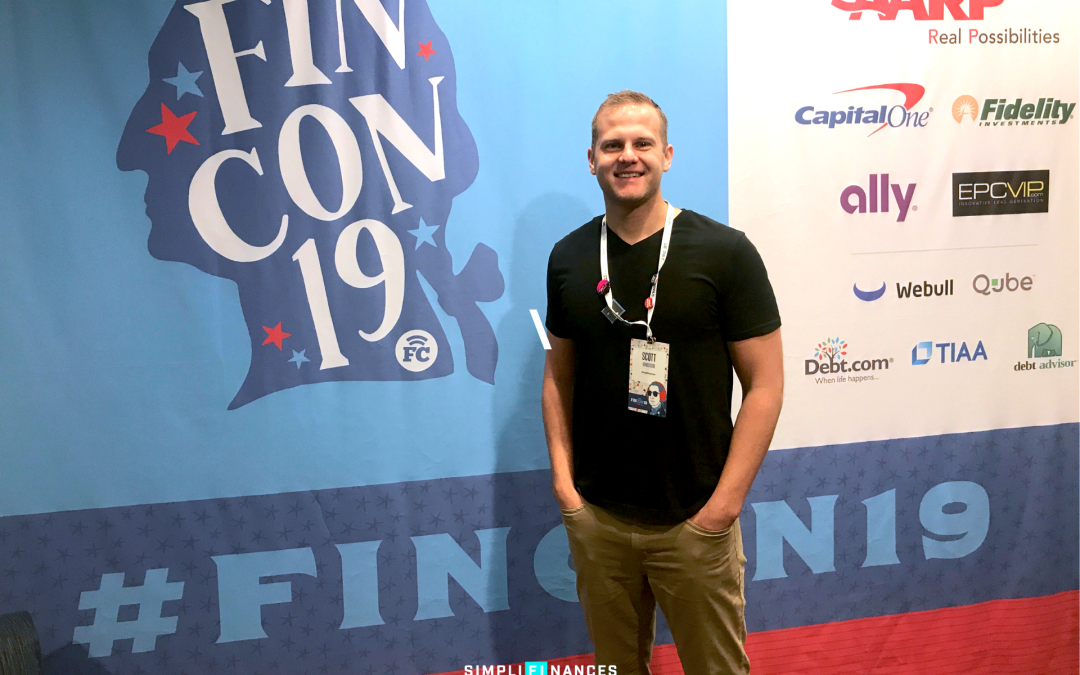 FinCon 2019 is where money and media meet. This was the second year I attended the conference. They’ve been bringing together personal finance content creators for the past decade — bloggers, podcasters, YouTubers, financial planners and financial coaches all come together each year to learn strategies on ways to create better content, engage with their audiences, and increase their reach.

This isn’t a typical financial services conference where most of what is said is boring and dry. I like to think of the conference as a marketing conference because many of the keynotes and breakout sessions discuss things like blogging, how to create better YouTube videos, how to grow your Instagram, and how to grow a financial coaching practice, etc. These are all just a few of the things that were mentioned in many of the breakout sessions.

FinCon 2019 was held in Washington DC and I had a chance to tour the city before the actual conference started last week. I saw the White House, the Washington Monument, and the Lincoln Memorial. It’s an incredible city and reading about the history of the city really opened my eyes and made me feel grateful for what the founding fathers did.

Towards the end of the conference, they announced that FinCon 2020 will be held in Long Beach, California and I’ve already booked my tickets for it.

I arrived in Washington DC late Tuesday night and stayed at a cheap hotel the first night called the Baron Hotel.

On Wednesday morning, I woke up early and decided to go on a run. I hardly ever go running but it felt great running through the city and seeing all of the sites. I ended up walking about 20,000 steps and my feet were killing me.

After all the sightseeing I made it back to the hotel to check my email and was asked if I would be available to do an interview with Grow which is a partnership between Acorns and CNBC. They wanted to interview an Accredited Financial Counselor about college tuition and helping parents prepare their children for college. I did this interview just after we had a meet up with many Accredited Financial Counselors.

After the interview, I attended breakout sessions and caught up with people that I had met last year. I walked around to the different exhibits where many big and small companies across the country and even in different parts of the world came to FinCon 2019 to set up a booth and to share their products and services. There are many influencers in the community and many companies like to team up with them through affiliate programs and sponsorships.

Wednesday night, the opening party was sponsored by Robinhood. They put on a great party at the Smithsonian Native American Museum in downtown Washington DC. They had a live band and a donut wall where you could walk up and grab a donut off the wall and eat it.

I was surprised to see Robinhood at FinCon 2019 because if you’ve read my blog for any amount of time I have talked about how much I like Robinhood. This was their first time that they’ve come to FinCon and they came in storming by having a great party to start the conference off.

On Thursday morning, first thing in the morning we had a keynote speaker and it was none other than Ramit Sethi, the author of “I Will Teach You To Be Rich.” He gave an excellent talk about having an abundance mentality. It’s easy for many of the people in the audience to have a scarcity mindset and always be concerned about saving but he said you can only cut back so far but there’s no ceiling on how much money you can make. So if there’s something that you just love to spend money on, imagine what it would feel like to quadruple the amount of spending on that thing. It made me realize that I need to focus more on spending money on the things that I love and relentlessly cutting back on the things that I don’t value.

I made it to a few sessions on How to Launch and Grow Your YouTube channel on a budget by Yanely Espinal from Miss Be Helpful. She did a great job on explaining strategies and things that she has done to grow her reach and her audience on YouTube.

After lunch, I attended another Workshop by Denis Trufin of TruFinancials on how he was able to take YouTube full time with an audience of about 13,000 subscribers.

Thursday night we had a meet up with a bunch of financial coaches put together by Kelsa, Michael and Jill who I was staying with. It was great to see so many financial coaches come out and interact. The number was definitely bigger than what we saw the year before.

I left the meetup a little early because I was dying to see the new documentary Playing With Fire that I mentioned in my article last year when I attended FinCon.

The documentary was great and did a good job shedding some light on the struggles people go through when they start pursuing Financial Independence but at the same time how it liberates you and helps you focus your time and energy on things that truly matter.

Friday morning I ended up sleeping in really late because I was going to bed at like 1:00 am or 2:00 am in the morning each of the previous nights. I missed everything that was going on Friday morning but did make it to a few more sessions on how to grow your Instagram from Apple Crider. He’s been able to grow his Instagram audience to over 13,000 within the past year doing a few simple things but that require a lot of work.

There was also a great panel put together to discuss how to crack the YouTube game. Jordan Paige from FunCheapOrFree, Jeff Rose from Good Financial Cents, Ryan Scribner, and Graham Stephan all talked about what they do to grow their influence through YouTube.

I went to another great session by Tim Schmoyer from Video Creators about how to rank your videos on YouTube and things to look out for in the algorithm. He uploaded his first video in March of 2006 — a few months after YouTube launched. He told us not to focus on the algorithm but to focus on real people.

Friday night, after all the sessions, I attended the Freelancers Marketplace which is a place where companies and brands that need content connect with freelance writers who are looking for opportunities to write and be featured. I went to dinner with my friend Ashley and then headed to the 10th Annual Plutus Awards which celebrates the nominations for best blog, best podcast, etc, from the past year.

Saturday morning came around quick and I made it to a session on how to get a book deal, write the book, and crush your launch. I don’t have any plans of coming out with the book anytime soon but it was great to see what goes into it.

I then attended a second session on how to grow your Instagram by Allison Baggerly from The Inspired Budget who gave some more great tips on how she’s been able to grow her audience on Instagram to 85,000 followers.

For lunch on Saturday, I got to sit down with The Budget Mom and pick her brain on how she’s been able to grow such a loyal following and build such a successful business. She shared some things that she’s working on that I’m not going to share with you but let’s just say they’re big. Really big!

Saturday afternoon was filled with moments of taking it easy, relaxing and chatting with some friends. We had our closing keynote speakers close out the conference and then to top it all off we finished the conference with an after-party with a DJ, lights and dancing which is always one of my favorite parts.

To be honest, the first time I attended FinCon last year I wasn’t quite sure why I was going. I first learned of FinCon at the end of 2017 when the conference was in Dallas, Texas. I thought it might be a good idea to go to the next one which was in Orlando, Florida.

I’m really glad I decided to make the sacrifice to go. Often many first-timers apply for a scholarship and many of them get the conference fee waived their first time. I didn’t get a scholarship my first year because I didn’t apply in time for it. So each time I’ve paid my own conference fee, flights, travel, lodging and food. It’s not cheap or easy to take work off to make it to this conference but it’s definitely been worth it for me because the conference has more than paid for itself through the relationships that I’ve built and the opportunities that have come from it so far.

This has been my review of FinCon 2019 and I’m excited for what’s to come!