Personal Finance Statistics: How Do You Compare? 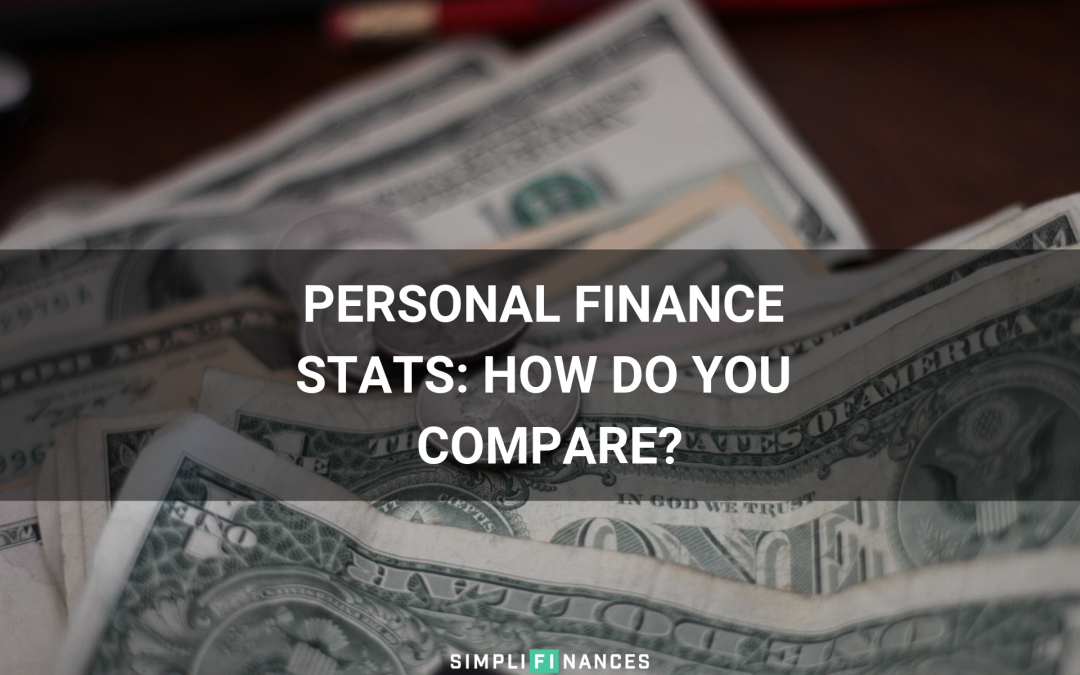 I don’t know about you, but I always enjoy seeing personal finance statistics. They provide no actionable takeaways whatsoever but it’s fun to see how you stack up with your peers.

The average 401(k) amounts by age per Nerd Wallet/NBCNews.com:

This seems to be a little bit low. It’s no wonder people are having a hard time retiring!

“The typical consumer will pay $279,002 over their lifetime in interest payments.” (Credit.com)

This is crazy! And it’s only in interest payments, not even the payments on the money borrowed. Imagine what you could do with nearly 300k!

“Nearly a third (32 percent) of respondents would rather have “excellent” credit than receive one million dollars.” (CapitalOne.com)

We place such a high value on having a great credit score in our society when is all the score is is how good are you at borrowing debt.

I would have to say that this is pretty good as far as the amount. But remember that having to much cash in a low-bearing interest savings account is actually a risk in and of itself because you’re losing purchasing power due to inflation. It’s a good idea to learn how to put that money to work.

“Those with a bachelor’s degree make an average of $1,000,000 more than those with just a high school diploma.” (BachelorsDegreeCenter.org)

The value of a four-year education is under scrutiny but I think the numbers speak for themselves that you’re going to make more money in your lifetime you complete a bachelor’s degree. This is not true in all circumstances and you may be doing just fine without a degree. And that’s ok!

What this study is talking about is 33% of Americans couldn’t come up with this amount of money without having to sell something or go into debt. Hopefully, this isn’t you!

“One-third of Americans would not be able to handle a $100 medical bill without going into debt.” (FoxBusiness.com)

These are probably the same people that couldn’t come up with $2,000 if they had to. That’s a lot of people living on the edge of a big financial crisis!

“Americans are dying with an average of $62K of debt.” (FoxBusiness.com)

Think of how many Americans die each year. That’s a lot of unpaid debt that puts a lot of strain on close family members. I’ve worked with retired individuals before and you’d be surprised to know how many of them are still carrying their student loans with them with no plans to pay them back.

“Women view men as unattractive if they have a lot of debt. For men, physical appearance carries more weight and debt doesn’t play a role.” (LendingTree.com)

It’s unattractive guys if you’re carrying a lot of debt. For the ladies, apparently, it’s ok as long as you’re good looking?

“40% of people who self-identify as very attractive wouldn’t date someone with bad credit; more than 60% wouldn’t walk down the aisle with them.” (LendingTree.com)

Going back to the fact that we place a high value on credit scores, it can be embarrassing if you’re dating someone and they find out that you have a low credit score! If you want to increase your credit score check out this post that I wrote: How to Increase Your Credit Score.

“4 in 5 women think it’s very important to check your partner’s finances before marriage — only 3 in 5 men do.”

Marriage is a big commitment! Make sure you understand what you’re getting yourself into. I probably wouldn’t ask for a credit report on your first date, but finances should definitely be discussed before tying the knot.

“The average American racked up $1,054 of post-holiday credit card debt, which will take the average respondent 10.28 months to repay!” (CNBC.com)

Just in time for the holidays again!

What do you guys think? Is it better to combine your finances with your significant other or keep them separate?

“27% of the millennials are spending more on coffee each month than saving for retirement.” (LendEDU)

When you learn about the latte factor this can have a huge impact on your retirement!

“49% of millennials were spending more on restaurants and dining out each month than they were saving for retirement.”

I’m not surprised to see this because eating out can get really expensive! And I get the mentality that a lot of millennials have, “why save my money for retirement when that is so far away and I could really go for a nice burger right now.”

“Amongst millennial respondents that were saving for retirement, the average amount saved per month was $480.″

I hope this inspires you to stay on top of your finances!

Do you think these numbers are pretty accurate?