[BIG NEWS!] I Decided to Join the Qube Money Team! 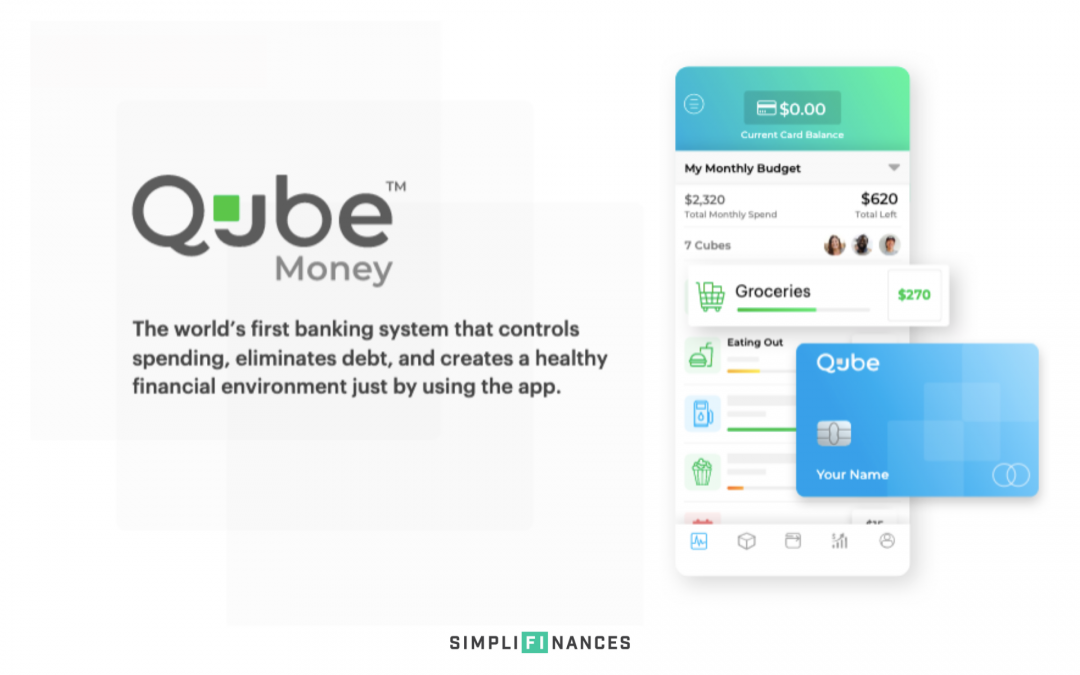 I mentioned two weeks ago that I quit my job as a financial planner. I had a bunch of people reach out and ask me what was happening!

I’m excited to share the new chapter of our lives with you!

The new opportunity is with a fin-tech start-up company based out of Utah called Qube Money (formerly ProActive Budget).

Qube is rebranding and relaunching in spring 2020. I’ve been watching this company since meeting them at FinCon 2018 in Orlando. This past FinCon 2019, I learned they were relaunching and adding new features. So I wanted to find a way to be a part of it!

Why I Made The Switch

“85% of people who need help financially can’t afford it.”

This is a quote from Alan Moore of the XY Planning Network at a conference in San Diego two years ago. This has driven me crazy and is one reason why I became a financial counselor.

“Many of the people who most need financial planning services and investment advice can’t afford to pay for either. To be in a position to hire someone to advise you on how to build wealth, you first have to build some wealth,” says Rick Kahler of Brightscope

Seeds of doubt have been planted in my mind for many years. Things like, you can’t make money helping people that don’t have money. But I’ve wanted to find a way to help as many everyday individuals and families with their finances as I can. One of the reasons I started a financial coaching business and this blog.

I’ve worked in academia and helped people in their 20’s. I’ve worked as a financial planner helping clients with their investments. And, I started a financial coaching practice and helped clients pay off debt and start saving. These have all been great opportunities. But it kept coming back to one problem that was hard to solve. Cash flow management.

This is one of the biggest things keeping people from reaching their financial goals and becoming financially independent. I’ve taught people the jar’s money management system with success but it was missing something.

Why This Aligns With My Purpose

I’ve been interested in the new financial apps that have released over the years like Robinhood, Acorns, Simple, and Varo. They’ve all experienced rapid growth addressing needs for younger people and lowering fees. I’ve thought it would be cool to work for a new company like one of these.

Most would require us to move to San Francisco if I went that route. But this won’t require us to do that. Utah is experiencing insane growth and it’s largely driven by financial service and fin-tech companies.

What’s been done in the past to help people is moving online and I don’t think that will change anytime soon.

Qube first launched as ProActive Budget two years ago and did well. They experienced issues with their processor and shut down operations. They’re now with a better processor and rebranding. When you google proactive budget you could probably guess what kept showing in up the search results. Skincare. Which is a big-budget item for a lot of women, apparently!

This video explains what it is:

Qube money requires you to be intentional with your spending. Most people have heard of the cash envelope system because it’s powerful and it helps with spending behavior. The problem is cash is a hassle and writing down each transaction sucks.

Qube is like digital cash envelopes. If you don’t have money in your qube for a certain purchase it will decline the transaction.

No other financial app makes you think before you buy, changes behavior and is effective long-term.

I believe this has the potential to impact millions and help them live healthier financial lives.

I can’t share everything yet but a lot is happening behind the scenes that make this super exciting!

What’s Going to Happen to Simplifinances?

Don’t worry, Simplifinances isn’t going anywhere. I’m still trying to figure out what my plan is for 2020. I will most likely scale back on how much I write. For two years, I’ve published one article a week and at times that can be a lot. Especially on top of a full-time job, school, family, church, etc. I may write once or twice a month or whenever I feel like I have something to share.

I’m excited about the new opportunity and feel grateful to be a part of it! This is something I would have never had the opportunity for if I wouldn’t have decided to start Simplifinances.

I don’t write a ton about blogging and growing an online business because that was never my intent from the beginning. But this week I’m going to share a course with you if blogging has been something you’ve wanted to try. I am an affiliate for the course and I think it will give you a great starting point.

Make sure you join my mailing list and look out for an email in the next couple of days.

If you’d like to learn more about Qube and be a part of the launch join the waiting list at www.qubemoney.io.