My Main Takeaways From FinCon 2018 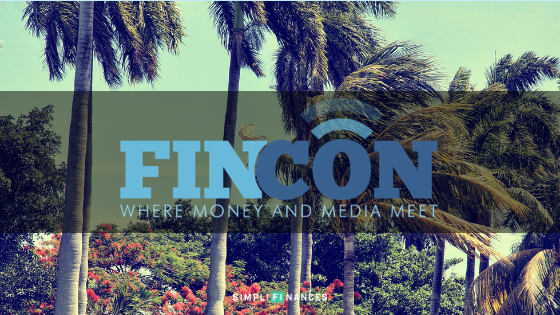 Up until last year, I felt somewhat alone on my journey to financial freedom. I read books, listened to talks and felt like I was the only one that thought financial literacy was important. What I didn’t realize is there is a living and breathing community of like-minded people that are just as driven if not more so than I am. When I discovered it, I quickly moved down the rabbit-hole and somehow ended up at FinCon 2018.

FinCon is for financial bloggers, podcasters, YouTubers and Fintech companies.

It’s a conference that has only been around since 2011. This year there were about 2,000 money nerds in attendance.

Why did I decide to go?

When I started my business earlier this year my main focus was financial coaching. But after individual coaching, I wanted to reach more people. That’s is why I started a blog and started speaking.

I knew I would meet other financial coaches, bloggers, and speakers and wanted to learn what other like-minded people were doing. It was a sacrifice for me to go but it was 100% worth all of the money that I spent to attend the conference.

My main takeaways from FinCon

I was unsure of how the conference would go. I didn’t know anyone going. but I’ve been looking forward to it for a year. Before I arrived, as I looked through the schedule of each session each one jumped out at me and was relevant to what I’m doing. But I couldn’t attend every workshop and talk to everybody that I wanted to.

The biggest takeaway for me was the relationships that I built. I was amazed at how open and welcoming everybody I met was and how willing they were to help me. I kept hearing the phrase, “rising tides lift all ships.” Meaning, we’re not in a competition we’re all here to help each other.

It’s an amazing community of people who want to help as many people as possible with their personal finances.

I only got a few hours of sleep each night and a few days I almost lost my voice. Which is not like me because I’ve been known to just grab food and head to the hotel room at the conference.

Each person I spoke with added value to me and was exactly what I needed to hear.

It was amazing to hear success stories and receive inspiration from people like Mr. Money Mustache and Chris Hogan.

Perhaps the biggest reason I went, outside of coaching, blogging and speaking, was because there is a movement taking place right now in the financial independence community.

They have been working on a documentary for the past year called “Playing with F.I.R.E.” and they previewed the trailer for the first time at FinCon. It’s a documentary that I am excited for and I believe that it will go mainstream. It will turn a lot of people off but at the same time, the people who do resonate with the message will be inspired. I got to sit down and speak the creators of the documentary and hear about what it has taken to put this thing together.

It’s set to come out the first of the month! Here is the official trailer.