My Struggles Getting Into The Financial Services Industry 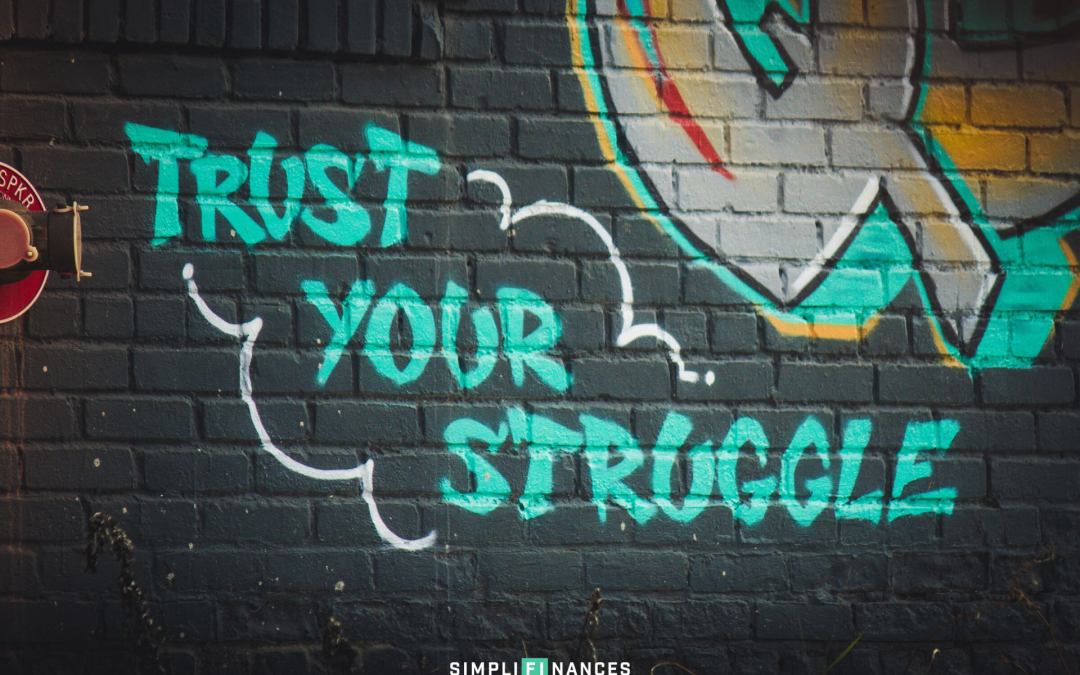 From a young age, I knew I would work in the financial services industry. I wanted to become a writer, a coach, a speaker, or a financial planner. I had a BIG desire to help people, most likely because of the pain I experienced in my childhood.

In high school, my brother and I were into making videos. I decided to venture out on my own and create a video for a contest on a topic that interested me. Financial literacy.

I wanted to know why schools weren’t teaching financial literacy early on. Rich Dad Poor Dad convinced me I was better off acquiring assets than sitting in class. Financial literacy was something I knew was practical and important to learn from a young age. However, it certainly didn’t keep me from making financial mistakes.

This video I created was entered into the Utah State High School Film Festival in my senior year. It ended up taking second place. And I received a scholarship of $2,750 to attend any college.

I was stoked! After I graduated, I went to Utah Valley University just down the road from where I lived. I had no idea what to study.

As I completed general college courses, I was working two jobs — car detailing and installing fireplaces. This covered my living expenses and I was able to save some money.

As an elective, I decided to take “intro to personal finance.” UVU was one of the few colleges in the country that offered a degree in personal financial planning which made me think every university must offer a similar degree. I was wrong.

I wanted to find a job in the financial services industry. I first met with an independent financial planner (I didn’t even know what that meant). He said to pass the health and life insurance exam and then I could start selling life insurance. It seemed like a good idea. I studied for the test and failed it. I studied some more and failed again. Health insurance wasn’t interesting and I didn’t care to learn all the rules. So I gave up.

The second time I tried, I was living at my mom’s. A few guys knocked on our door calling themselves “financial planners.” I asked them if I could learn more about what they do. So they brought me into their office and introduced me to their team. The only thing everyone talked about was how many variable life insurance policies they had sold that included investments in gold. I had a bad feeling so I got out of there.

Let me note, I have no problem with sales if it’s something I believe in. I love sales and marketing.

On the third try, I had a good friend who knew I was interested in becoming a financial planner. He took me under his wing and said come to one of our events and I will show you how to become a “financial planner.” He worked for a company called Primerica. I got close to joining their team but decided I didn’t have a good feeling about that either.

Lastly, I met with someone from Transamerica. He said, “the first thing we’ll do is create a list of friends and family and we’ll just start calling them.” I walked out the door.

I Never Got Started

It felt like everyone was more concerned about selling products than impacting lives. Too much time was spent figuring out how to start working in the financial services industry but none of these felt right.

And went back to cleaning cars.

My dream was to one day be able to graduate from the University of Utah. I finished my associate’s degree at UVU and headed up to Salt Lake City. They had a degree in financial planning but it was suffering from low enrollment. This is when I found out UVU had one of the best programs in the country.

I was kicking myself but decided to pursue a finance degree through the business school. That way if I decided to go into investment banking or private equity I could. I found out quickly I didn’t like corporate finance. My grades suffered and I didn’t get into the finance program. So I gave up and graduated with a degree in Business Administration.

This drove me, even more, to help people with their finances. Sitting in some fancy office on Wall Street is never what I envisioned. I thought it would be time to finally start working as a financial planner. My buddy worked for North Western Mutual and he set up an interview. I came close to joining them but again, it didn’t feel right to me.

So I thought, “why not work for a company like Fidelity?” No products to push and I can help people. I applied for their Financial Representative position and went through two grueling interviews. I wanted this job. They wanted me to work graveyard shifts and Sundays and I was willing to do it.

A few weeks went by and they told me I didn’t get the job.

Then I went back to cleaning cars.

I began to think I would never work in the financial services industry.

I Became A Peer Mentor In College

On-campus one day, I came across a program called the Personal Money Management Center. That sparked my curiosity. I could help younger people with basic personal finance and I didn’t have to sell products. The pay was fairly low but I started working there six hours a week and supplemented my income detailing cars to support me and my wife.

I stuck around and became an Accredited Financial Counselor. I helped so many people and was there for almost three years.

Even though so many great opportunities came from being there, my plan was never to stay their long term. It was a great job to have during college but I wanted to become a financial planner. Because I didn’t want to be a financial salesman like all of the others I had met with, I decided to further my education and pursue a master’s degree. I learned that Texas Tech had one of the best programs in the country for financial planning and so I applied.

I Pursued Even More Education

About the same time I decided to pursue my master’s degree, I decided to start a financial coaching business which also turned into this blog. I wanted to reach more people and help them reach financial independence by simplifying their finances. It’s been an incredible journey and I’ve been able to build so many solid relationships with my coaching clients. But I’m not going to lie, it’s been hard at times.

I honestly didn’t know what I was trying to do when I started this but I knew I didn’t want another year or two go by without getting out of my comfort zone and trying something new. I’ve been amazed at how many opportunities have come because of it, even though none of them have allowed me to quit my job.

My purpose in going to Texas was to get my master’s degree. Before packing up the moving truck, I came across a company that was recommended by a faculty member of the program. One of the financial planners was in my home town of Lehi, Utah who completed the same program I was enrolled in. He gave me the chance to work under him and learn from him for a few months before heading to Texas.

I didn’t need a master’s degree to be a financial planner and some questioned my decision. But I didn’t care because I had a strong feeling that this is what I was supposed to do.

I Started Working For A Fee-Based Financial Planning Firm

While pursuing my master’s, I worked part-time for this RIA. This was the first time in my life that I felt like I was working in the financial services industry. Something that had taken me years to do. This was a fee-based financial planning firm and I got to experience working with clients, managing money and helping people with their investments.

This was it and I felt like I was going to be there for a long time. But something didn’t feel right. I started to question if being a financial planner was the type of work I wanted to do. I thought, “no Scott, you’ve invested too much time and energy to give up on this.”

Later, I started working full-time but the problem was I didn’t feel like I was helping anyone the way they needed help. I wasn’t having an impact on people’s lives that I thought I would back when I was younger. There’s certainly a need for financial planning and it’s nothing against the firm that I worked with I just felt a disconnect with what I was doing and what I felt my purpose was.

So like I mentioned last week, I quit my job as a financial planner and I’m excited to share with you the next chapter of my life. This aligns with my purpose and it’s something I know will have a positive impact on individuals and families all across the country.

I look forward to sharing the details with y’all next week!