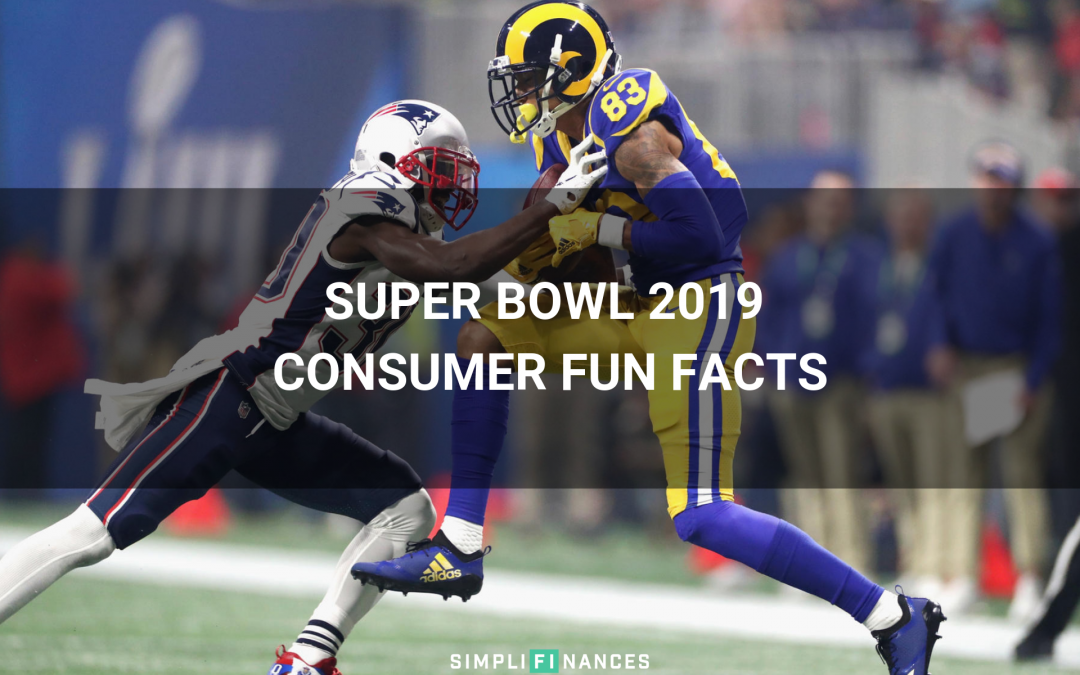 Well, that was a boring game.

Tom Brady does deserve some respect though. No one has done what he has done and I love watching professional athletes perform at a high level and what he’s been able to do is incredible.

With a viewership of the Super Bowl at a 10-year low, the game and the commercials weren’t too exciting.

The population in America is 320 million and viewership was just over 100 million people this year (31%). Which means nearly 70% of Americans didn’t watch the game.

Since its inception in 1967, between 30% to 50% of all Americans have watched the big game each year.

Nevertheless, the Super Bowl is still a great day for businesses and the amount of consumption has continued to increase year-over-year.

So how much was consumed on Super Bowl Sunday and what are the prices people are paying to enjoy the game?

American adults said they spent an average $81.30 for a total of $14.8 billion for the Super Bowl.

According to the National Chicken Council, approximately 1.3 billion chicken wings were devoured as well as 10 million pounds of ribs.

The largest pizza business in the world, Domino’s, reports that it sold nearly 2 million pizzas from their company alone.

Men’s Journal reports that 325.5 million gallons of beer were guzzled down on Sunday.

According to The Packer, American’s spent an estimated $58.4 million on avocados and $227 million on chips.

Those are some pretty crazy numbers if you think about it. I mean, 1.3 billion chicken wings! I can’t even imagine what it would look like to see 650 million chickens walking around in one place.

By the way, I find these numbers interesting and don’t care if you consumed a bunch of chicken wings and ribs. I had my fair share of delicious brisket along with many other great tasting dinner items at the Super Bowl party we went to!

Tickets for the Super Bowl started around $2,900. Ticket prices this year dropped after the announcement that the Patriots would be returning to the Super Bowl.

The most expensive ticket to the Super Bowl was over $56,000.

Business Insider said CBS is charging over $5 million for a 30-second advertisement slot in this year’s Super Bowl, which is on par with NBC’s pricing from last year.

As you can see, the Super Bowl is a huge revenue generator and another day when Americans consume an absurd amount.

There tends to be a spike in the birth rates in the city whose team won the Super Bowl. You should see more babies born in the end of October beginning of November in Boston. However, I’m sure the excitement of winning the Super Bowl for New England fans has dwindled.

It’s safe to say we live in a consumer society. I have nothing against the Super Bowl, I love football. And getting together with friends and family is never a bad idea. What bothers me is how the entire thing is set up to entertain and market to us so we will continue to consume. Not because we need to but because the advertisements tell us we should.

This constant consumption leaves Americans still unsatisfied and it almost becomes an addiction. A car company comes out with a new vehicle and we feel we’ve got to have it. The same goes for everything else we consume.

It seems as if it’s set up to make us want more and more and that we should never be content with what we already have.