Have You Ever Thought About Taking A Year Off of Work? 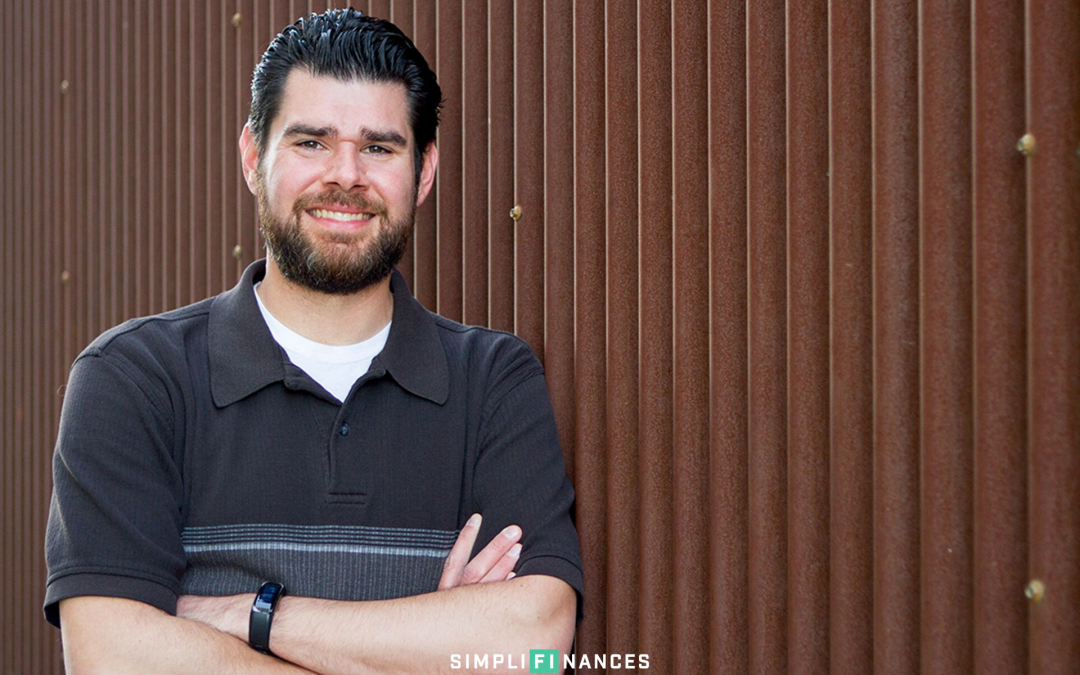 Today is an exciting milestone for the blog – the first official guest posting!

I had the opportunity to interview someone with a pretty cool name, Scott. He and I both work at the University of Utah. Well, not anymore, I’ll get to that shortly.

He has an amazing story and was featured on CNN Money back in April. He’s 38 and decided he wanted to take a year off of work with no plans of returning to his job. A mini-retirement if you will.

When did you first get involved with personal finance?

I had at least been relatively frugal from the start. I had a good example from my parents, who spent less than they earned and were themselves frugal.

My mom suggested I get an IRA when I was 20 and had several thousand sitting in a savings account from summer work. I did, and was putting a little bit of money each month into that over the years, topping out at $100 a month.

In 2013, when I was trying to figure out what to do with my newspaper 401(k) after a career change, I figured that IRA should have been doing pretty well by then. I logged in and found that $2,400 – two years of monthly payments – was safely earning almost nothing in a money market account. I had no idea, and neither did the financial adviser I was paying to manage my investments.

That was a hard lesson, but one I’m ultimately thankful for. I learned that no one is looking out for my money but me.

From that day forward, I promised myself I would know what my money was doing, where it was going, and why it was there. That led me down the personal finance rabbit hole, where I quickly learned this stuff isn’t as difficult as people are led to believe.

Why are you taking a year off of work?

I spent more than a decade in newspapers before shifting to a communications job in higher education. I took a job in the central IT department at a university and within 18 months was put into an interim administrative role. That became my permanent job, and I held it for about 3 ½ years.

As I got more into the personal finance space and optimized my money, I kept reading and hearing more and more about intentionality.

It turns out the more I learned about money, the more I realized it wasn’t as important as I thought. The saying “Money can’t buy happiness” is largely true. I started to ask deeper questions – the kind that come up when you’re not so worried about where the next meal is going to come from or how you’re going to pay the bills or what will happen if the car breaks down.

I was finding that my career wasn’t fulfilling me. It was a great paycheck, with great benefits, and I liked the people I worked with. But I felt like there must be other things I could be doing with the number of hours I was putting into the job that would be more fulfilling.

However, I tried to think of what those things could be or whether there were just hobbies I should pursue. After lots of discussion with my wife, who was incredibly supportive through all of this, we decided the best thing I could do is take myself fully out of the job and spend some real time thinking about this stuff with a clear head rather than trying to do it between work hours.

What do you plan to do with your time off?

Ultimately, my goal is to find work I think will really excite me for the next several years.

I plan to get there by doing a lot of reading, exploring new ideas, taking myself out of my comfort zone, and giving myself permission to create space for opportunities that may not have appeared if I were still working.

I have a bunch of books I’ll read to hopefully give me better questions to ask and deeper ideas to contemplate. I’ll work on I Dream of FIRE more, and I may start some other projects to try those on. Maybe they become my passion projects, maybe they open doors to a full-time job, maybe they show me what I don’t want to be doing.

Was it hard telling your boss you were quitting?

It took months of mental prep for me to actually commit to leaving. My job was not in any danger. I was paid well, making much more than I ever thought I would when I was in journalism. My job was largely low-stress work with really predictable hours.

My wife and I had been talking about it so much for months and I was having such a hard time committing to it that she finally said pick a date by which you have to make a decision. I chose my birthday, which at that time was like six months away.

Then I had a mental shift where it wasn’t a question of if I was going to quit, it was when. I stuck with my birthday. I wanted to give my boss plenty of notice so he could find a good replacement and I could be involved and train them. So I gave him five weeks notice.

He tried everything he could to keep me, offering all kinds of alternative work options – even suggesting I could just take three months off and come back.

I didn’t think doing it that way would give him or me what we really need, so I declined. But I absolutely did not burn bridges. I left on excellent terms, and if at the end of this I decide maybe my old situation wasn’t so bad I feel like I absolutely could go back and get another job in the organization.

What is it like trying to reach FI with a family and kids?

It’s harder because a single person can really strip down their expenses and make sacrifices without worrying so much about others. With a family, you have to take into account everyone’s feelings and what’s important to them.

If your son or daughter just lives to play hockey, is it really worth taking that away from them so you can reach FI a few months sooner? If your significant other goes out to brunch every month with friends from high school and spends $40 on food and drinks over a few hours catching up, are you going to question that expense?

When you’re making those decisions for yourself, it’s easy to figure out what’s worth it and what is just a frivolous or optional expense. When you have others involved, you’ve got to have good communication and compromise.

It’s not worth ruining relationships or creating bad memories for the sake of saving money faster.

What has been the reaction from some people when you tell them you plan to retire early?

A lot of people want to do this. A lot. They just don’t know that it’s something they can do. Neither did I until I got involved in the FIRE community and started to learn how all these people manage it.

I’ve also gotten great insight from lots of people who have done this already or are in the midst of taking a mini-retirement. They all say it was one of the best things they ever did. That’s great to hear when you’re just starting out and not sure how things are going to go!

What advice would you give your younger self?

Start reading personal finance books and blogs earlier. Even if you can’t afford to invest much, it’s good to know about this stuff before you have money at your disposal.

What does financial independence mean to you?

Financial Independence will allow me to choose how I spend my time. I’m getting a small taste of that with this mini-retirement, and I expect to learn a lot about how I want to spend it. You never know what curves life will throw you, and having the ability to take opportunities or avoid negatives because the money isn’t a primary driver is something I really want.

What’s one thing you have done recently to simplify your money or your life?

A few months back, I finally sold off some ETFs that I had been talked into buying before I knew what my low-cost index strategy would be. They were down about $2,000 from when I bought them, and I held on hoping to see them come back. I finally just accepted that I was not only market timing, but I was probably losing more keeping those underperforming funds than if I just sold them and put them in Vanguard funds that I wanted that money to be in.

Selling those off felt like I was being true to the things I talk about and got me fully away from the adviser I was with when I had my money epiphany.

You can read more from Scott’s blog over at www.idreamoffire.com, also, check out his article on CNN Money.