How the New Apple Card Could Simplify Your Finances 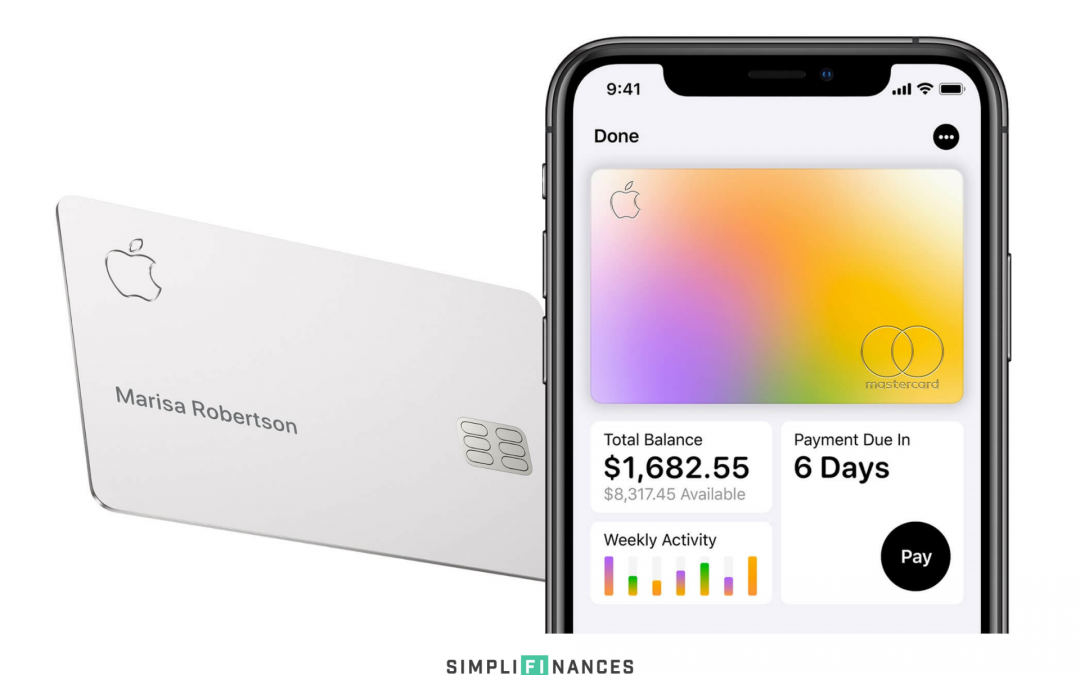 Last week, Apple announced its entry into the consumer financial services industry by introducing a new credit card that is set to release this summer.

Apple has tried to get consumers to adopt Apple Pay as their primary source of payment but hasn’t been very successful. It only has about 32 million users, compared to apps like Venmo & PayPal which have about 267 million users.

The reality is that not many people use their phones to purchase because it has always been easier to whip out the old plastic card.

But, I believe the release of the new Apple Card will see major adoption.

More people will use their phones to pay for items and more retailers will accept payments by phone. But, there is also a lot of drawback and many reasons consumers should be careful.

This goes way beyond just a credit card.

Apple is claiming their stake in the financial services industry and changing the way consumers manage payments and manage their spending. This will take them deep into financial services while capturing its 1.4 billion users in its ecosystem forever.

“It is empowering financial services at the most basic level,” Richard Crone, a payment consultant said. “What the iPod was to the music industry, and what the iPhone was for cell phones, so is the Apple Card to financial services.”

Check out the video below:

The video got me excited about the new card when I watched it.

But I couldn’t help but think how much money Apple is going to make off of this from consumers poor financial decisions.

I mean, why would they even want to get into this space?

What is the Apple Card?

Apple teamed up with Goldman Sachs (which entered the retail banking industry just a few years ago) and Mastercard (who will be creating the physical titanium cards) to introduce this revolutionary form of payment.

I’m a fan of the new credit card for a few reasons. It’s simple, transparent, low-cost and for the most part, gives you a pretty clear picture of your spending.

“Simplicity, transparency, and privacy are at the core of our consumer product development philosophy,” said David M. Solomon, chairman, and CEO of Goldman Sachs in Apple’s press release yesterday. “We’re thrilled to partner with Apple on Apple Card, which helps customers take control of their financial lives.”

The card will live inside the Wallet App and be available across all devices.

My favorite feature of the new credit card is how it tracks your spending.

It gives you details like vendor names, payment due dates, and monthly spending.

So if you look at a purchase you made and can’t remember what it was, you can click on the transaction and it will use Maps to pull up the location where you spent.

I like how simple the new card is. And anything that makes your finances simpler will be mentioned on this blog.

I crave simplicity and I do think this will help people get a better financial picture.

“Apple Card is designed to help customers lead a healthier financial life, which starts with a better understanding of their spending so they can make smarter choices with their money, transparency to help them understand how much it will cost if they want to pay over-time and ways to help them pay down their balance.”

Every time customers use Apple Card with Apple Pay, they will receive 2% in daily cash. Customers will also get 3% on all purchases made directly with Apple, including at Apple Stores, on the App Store, and for Apple services.

There are no late fees, annual fees, international fees, over-balance fees, or higher interest fees if you are late with payments.

But this could entice people to be relaxed when it comes to making sure their payments are made on time or making sure they don’t max out their credit card.

This isn’t something on your iPhone like Apple Pay that is already installed.

You’re applying for an actual credit card that will show up on your credit report. Your payment history will be reported to the credit bureaus.

So don’t just sign up for this because everyone else is doing it. You’re going to have a lot of people showing off their new card because it’s the new cool thing.

Apple Will Make An Insane Amount of Money

Why would Apple be venturing into the financial services industry if they didn’t think they could make a lot of money?

Apple is already the largest company ever to have existed who reached market capitalization in 2018 of over $1 Trillion!

This company is sitting on more cash than many countries.

Many people will apply for the credit card just because it’s the new shiny thing Apple introduces, not because they need it.

They’ll end up borrowing more money and paying more interest than if they didn’t have it.

Goldman Sachs promises to not sell your information.

But Goldman Sachs will now have your information and will most likely use your personal information to offer you more loans and credit cards.

The Apple Card is actually safer than other credit cards, but you’re also giving up your spending information to some of the largest companies in the world.

Mastercard has been in the credit card industry for a long time but it doesn’t look like they are going to be handling the customer service calls and inquiries.

Goldman Sachs and Apple right now do not have customer service agents reps taking questions and so it becomes a question of will they be able to meet the demand of new customers when the card is officially launched?

It is scientifically proven that when money becomes more abstract, consumers will spend more money.

A number of studies have indicated that people do spend more when paying with a credit card.

In 2001, Drazen Prelec and Duncan Simester of MIT published the results of their research in Marketing Letters. They found shoppers spend up to 100% more when using their credit cards instead of cash.

It Entices You to Spend More

Because the new Apple Card has a quick and efficient cashback system, you will see people spending more money just to get the cashback.

We already know this is true because of some cashback apps like Rakuten and Ibotta that entice people to buy something that they weren’t planning on but justify themselves because of the good amount of cashback.

Why do so many of us find ourselves playing catch-up on an ever-growing debt load?

Most people would laugh at the idea of taking out a $3,000 loan to buy a bunch of nonessential items at a store.

However, those same people do exactly that through the use of purchases made on credit, at even higher interest rates than a bank would charge.

This makes no rational sense.

The act of meeting with a loan officer, explaining and justifying the need, and signing papers are often enough to discourage someone from taking out a loan.

However, the unconscious act of paying for things on a credit card can be done without a second thought. And a house built of credit cards can be a flimsy structure.

Related: How to Increase Your Credit Score

I like the idea of the new Apple Card. It’s sleek, simple, and modern. You can track your spending, earn immediate cashback and there are no fees.

But for the average American that is already afflicted with overspending, it worries me. People don’t understand what they’re getting themselves into and go further into debt.

I will most likely apply for the credit card to familiarize myself but don’t see myself using it very often.